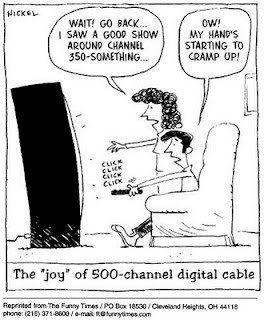 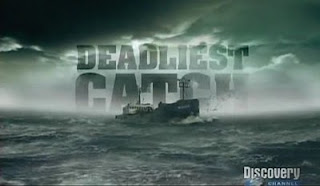 More coming, because when you have this many channels, there’s a lot of crap to watch…
Posted by Eric Weinstein at 11:08 PM

You should see ice truckers. Those people are crazy. I asked the senior palate if he watches and he said he does.

No surprise that he watches Ice Road Truckers...he told me he's applied to be a "greenhorn" on the Cornelia Marie.