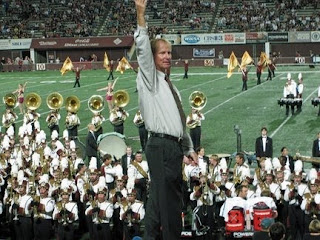 As I continue to waddle from burrito to burrito joint, and gorge myself on burritos and buffalo wings in preparation for The Jordan Rich Show on October 23, I thought I throw out a few observations…

Here’s one: The Civil War was neither civil, nor a war…discuss.

Been thinking a lot about Amherst recently. I miss that kooky Pioneer Valley.

The Boston Globe ran a few stories a couple of weeks back, basically bashing the great state university and blaming an apathetic legislature for not supporting it better financially. Last week, a newspaper in London named the university number 56 on its list of the top 200 universities worldwide. I wonder if there’s something people outside Massachusetts see that the Globe doesn’t. I, for one, am extremely satisfied with my UMass education and for a number of reasons, including the one I live with, I can’t imagine my life or career being better if I had chosen to stay in Boston at a large private college with a solid reputation.

As for Amherst itself, I’ve been thinking about places I used to eat, of course. Once I moved off-campus, and no more Franklin Dining Commons, a world of cheap, culinary “delights” opened up for me. Whether Taco Villa, The Pub (affectionately known by some as “The Pube”), Superior Pizza…the cheaper the better. Sure, there were the splurges, like “Panda East” or “Sze’s” in Northampton, but more money, and time, was spent at the Bluewall or “Dirtfoods” at the Student Union. Oh, where has the time gone?

We all have stories of places we hung out, drank, ate and were merry…feel free to share yours.

No post would be complete without some retail rant. So what’s up with the self-checkout lanes? If a store, like Stop & Shop for instance, is going to cut back on staff, can’t they lower their prices too? I suppose that’s too much to ask, but can the person using the self-checkout after me at least wait until I’m finished bagging mine before he starts ringing his items? People are in such a hurry…and I’m getting “stink-eye” for not getting out of the way faster. I’m ringing myself out, I’m bagging my own groceries and now I’m bagging the groceries for the guy behind me…when do I get my paycheck?

For now, I continue my conspicuous consumption for your pleasure with a report to come. I assure you, one of the leader in the clubhouse wil surprise you!

Until next time America…enjoy The Stompers.
Posted by Eric Weinstein at 9:51 PM 2 comments:

Hello dear readers...it's been quite a while since I posted. Do not fear (Underdog is here), I have been working on some new projects which might be posted under a new blog shortly. I got a lot of things brewing, and with a hot re-fi market, I have to make hay while the sun shines.

Nevertheless, I have not forgotten you, my palateers. I have been choking down burritos and Buffalo wings on your behalf, and will be posting some reviews soon, in conjunction with an appearance on "The Jordan Rich Show" on WBZ1030am on October 23, 2010.

Stay tuned...the sound you hear is my colon saying "enough with the Habanero salsa!!!"