The Trouble with Burritos... 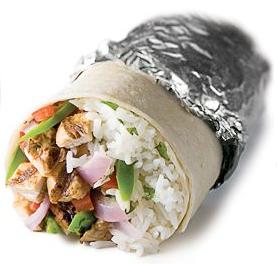 They are out there…and we are about to be taken over-overrun in fact. I’m not talking about aliens…I’m talking about burrito joints. Let’s take a brief break from Deli December and talk about the proliferation of burrito joints. I am puzzled why over the past 3 years these places seem to be popping up with more frequency than “Tribbles”. The burrito places are the rabbits of the food chain.

White City Plaza in Shrewsbury is a good place to start. Essentially, you can stand in the center island on Route 9 and see Chipotle, Q-Doba and Moe’s, all of which make their money from the now-ubiquitous burrito. Throw in a Boloco and Baja Fresh, and it’s the Holy Quintet of burritos… 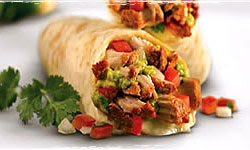 As I have written in the past, in the Metrowest, within a quarter mile of each other, Chipotle and Boloco battle for wrapped tortilla supremacy. I now lean towards Chipotle because I think the fewer number of menu items the fewer opportunities for screw-ups. But despite my preferences, I wonder every time I pass on of these places…why? Why now, why here? Have we learned nothing from Dr. Atkins and reducing our consumption of “white” carbs? How healthy is a flour tortilla stuffed with rice and beans and some meat? Despite containing a full “recommended daily allowance” of carbohydrates, it hasn’t stopped people consuming these football-sized meals. Moe’s features the “Homewrecker” a/k/a the “Toiletwrecker”. Even with such an appetizing name, people keep coming back for more. 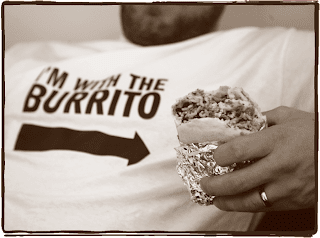 In the future, I’ll be reviewing these in more depth. But someone please, share with me the marketing strategy that makes the Metro-Boston area so primed for burritos.
Posted by Eric Weinstein at 9:56 PM 3 comments: 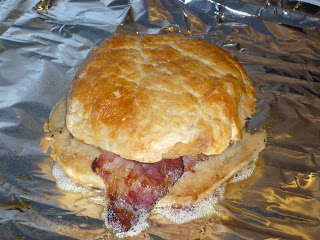 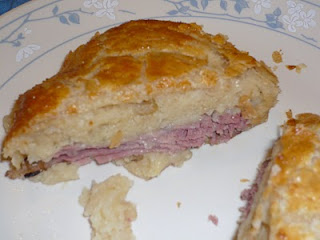 I’m happy to hear from you readers with your suggestions in the Boston area. I’m trying to get too as many as I can. Join me, with Jordan Rich on “The Jordan Rich Show” on WBZ 1030 AM Saturday night, January 30, 2010 when we talk about these delis, and I assure you, more about being stuffed with a “stuffed knish.”
Posted by Eric Weinstein at 9:13 PM 1 comment: