You’re going to hate the way you look, I guarantee it! 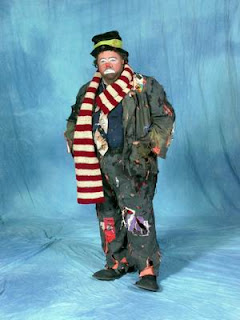 With that catchy little tune from Sesame Street in the late 1960s, I bring the “critical” back to the Palate. Let me tell you a story…

For years, I have been very particular about where I buy my suits. I have always defaulted to “Milton’s” in Chestnut Hill, and I have never, ever, been disappointed in the quality of the suit or the quality of the alterations. In fact, I got my bar mitzvah suit there 31 years ago, and last year, we brought the Junior Palate there to get his bar mitzvah suit as well. I can tell you that JP (Junior Palate) is very particular about his clothes (I have no idea where he gets that from), and we only needed less than 10 minutes to find a great bar mitzvah suit for him, with the help of a great salesman.

It was my error then when I let him convince me on New Year’s Day to take him to “Men’s Wearhouse” (hereinafter “MW”)to get a couple of new shirts. I always prefer to go to Milton’s, even though it is about 20 minutes from home, as opposed to anywhere else. But, we have friends who shop at MW and we decided to give it a chance. I had previously purchased a suit from MW in 1997, from their Solomon Pond Mall location. While the suit was actually quite nice, I did not like the saleswoman, who kept calling me at home trying to get me to come in for their next sale, or a new shirt, or their spring tie collection…etc. David Letterman hasn’t had stalkers like this.

In reality, his shopping experience there was fine. The store manager (“Mike”) waited on him, measured him up, and 10 minutes later, we were out of there. Mrs. Palate really liked the shirts and the material, so I thought about going back and seeing what they had for men’s suits, since they were having a buy one, get another for $100 sale. Being someone that has a frequent need for a suit, I figured “why not?”.

I should note here that I am pretty cautious about making any purchase; I analyze and over-analyze the decision until I convince myself it was the right thing to do. I wondered if I was being a traitor to Milton’s, but how could I resist the come-on from George Zimmer and his toupee.

Even though I saw Mike when I returned, he was busy with another customer, and I was “helped” (read “sold a bill of goods”) by “Len”. Len was clearly a guy just burning time while on retirement from his original career, but he certainly had strong opinions about clothes. Since this was a “buy one get one” promotion, I picked out two suits and tried them on. This is where the fun began.

I cannot quite detail the level of frustration I feel when I have to repeat myself, repeat myself, repeat myself. I must have told the tailor at least 3 or 4 times that I like the sleeves of my jackets a little longer. I talk with my hands quite a bit, especially in Court, when I’m pointing at exhibits, and I don’t like it when a lot of sleeve comes out. I also stressed that due to my physique (designed by the finest Chinese chefs and sandwich makers) I like my jacket a little less tailored and more boxy. I repeated this several times while the tailor kept marking up the back of my jacket with that mysterious white chalk. She assured me that they would shape it “just a little” but I kept stressing that I didn’t like it pulled in on the sides. I also told them that I wanted the pants cuffed at the bottom and really didn’t want them coming to the back/bottom of my heel. After $136.00 in alterations, I assumed I’d be ready to go. 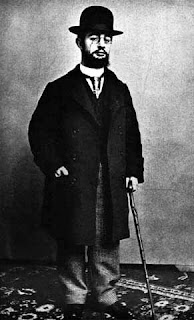 A week later, I returned to pick up the suits. I tried the first one on, and immediately I realized that I look like Toulouse-Lautrec; the pants were unusually long. I point this out to Len, and he tells me that they look fine and that this is the current style. I again say that they look too long and ask if they could be taken up, and he tells me “wait until you’ve worn it and you’ll see how they look when you’re out and about.” I also put the jacket on, and the sleeves were too short and the jacket is pulled in on the sides, making it very form fitting (and believe me, my form doesn’t like to be fit). I tell Len that I do not like it at all, and he tells me how great it looks and that people will really like the suit on me. He tells me that sometimes it’s not bad to go away from your comfort zone, and contrary to my normal affect, I let him sell me that line of crap.

When I put the second suit on, the pants were also too long, but this time he agrees with me and has the tailor come out and fix them. I asked why this one and not the other, and he tells me it’s the way the material hangs; the second suit was a heavier material and looked different. Whatever…

Though I am not vain (despite what Carly Simon sang about me), there is something about wearing a new suit for the first time that makes you feel better about yourself. I had a new matching shirt and tie combination, so I was ready to go when I put the first suit on the next morning for a bat mitzvah. Of course, I was immediately deflated when Mrs. Palate said “Is that one of the new suits? It’s too small”. Ouch! So now, it’s too late to change, and we go to the event we me all self-conscious about this suit. It certainly didn’t get any better, when I good friend said to me, after I made a presentation to the bat mitzvah child “Is that a new suit? Your tailor messed that up. The pants are too long and the sleeves aren’t just too short, they’re different lengths, and the jacket is too fitted. Bring that back.” I assure you by now, I am “fit” to be tied.

The next day, we had the party to attend, so I wore the second suit. No sooner had I arrived than someone else said to me “those sleeves are too short, and different lengths. What’s up with that?” Great, now I have two suits that make me look like abnormally long arms and 24 inch legs. I assure you, I spent the rest of that day particularly unhappy.

Tune in tomorrow for what I did about it! Hint-I didn’t stretch my legs or shorten my arms.
Posted by Eric Weinstein at 8:54 PM