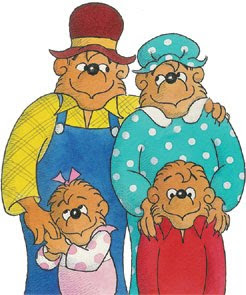 I have a feeling the publisher will be going in a slightly different direction from my suggestion. Probably a good thing.
Posted by Eric Weinstein at 8:27 PM

We just read a Berenstain Bears book, given to us by your family!