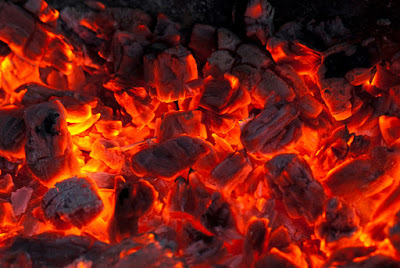 Fire…the tender ballet of the flames and wisps of smoke, set only to the musical snap, crackle and popping of the air pockets in the wood.  Give me a fireplace, pellet stove, fire-pit, chimney starter but mostly, my smokers…any of them will do.

The most vital aspect for a bbq grill or smoker is the fuel.  Without proper fuel, you can’t maintain temperature or proper burn rate or smoke level.  When you’re cooking something low and slow for 12-15 hours, consistency of the burn is a key factor.  Holding temperature for a long, long time, and not having to re-fuel is of the keys to success.

The quality of the charcoal and wood doesn’t just affect heat and length of burn…it’s the base flavor profile.  When you’re “smoking”, not only are you cooking with the heat, but also flavoring with the smoke wafting around the meat.  As is obvious, you need quality charcoal to satisfy these various elements.  To that end, I am constantly searching for the “perfect” charcoal.

There are several types of charcoal on the market, and hundreds of manufacturers.  There’s the common briquette, Kingsford, both standard and “blue bag”, which is a more natural, and meant for “professional” grillers or smokers.  Competing in this realm is a variety of natural, hardwood briquettes, without chemical fillers: Weber, Royal Oak, Stubbs and store-branded bags from Trader Joes, to name a few.  These briquettes are consistent, as they are all shaped the same.  Using Weber, Stubbs and Trader Joe’s, you’ll discover that they are made strictly from natural hardwood, and have a natural, “campfire” odor.  This type of charcoal, the briquette, is my preferred and recommended type when using a Weber Smokey Mountain cooker, or my Assassin 28.  For my eggs, I prefer natural lump, which is just pieces of hardwood burnt down into coal.  But in the quest to find just the right fuel source for the gravity fed, Assassin 28, I am pleased that I stumbled into Original Natural Charcoal. 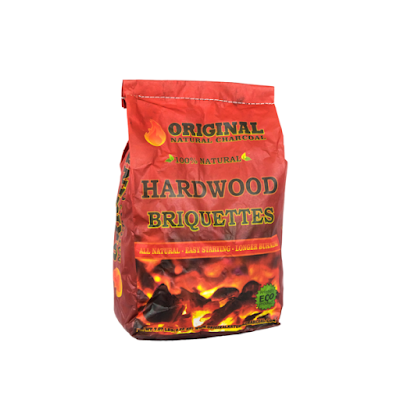 I am not the type of person to click on Facebook ads…because if you do, the next thing you know, your feed and targeted ads are loaded with ad for similar products.  But something caught my eye and compelled me to click on the link…it’s charcoal click bait!  Facebook knows me too well…  The next thing you know, I’m buying a few bags of the natural lump hardwood charcoal and some charcoal logs.  After a few emails with the owner, I also was getting a couple of bags of the natural hardwood briquettes…could it live up to the hype?  Would I be stuck with bags of useless coal?  At least some of my non-Jewish friends could use it next holiday season if their kids are bad…nothing like a stocking stuffed with natural hardwood lump charcoal!

Well, I am pleased to tell you that the charcoal did not disappoint.  Just as advertised, it lit fast, moved from white/gray smoke to a sweet smelling light blue smoke quickly, and burned for a long time (14 pounds burned at 275F for about 20 hours in the draft-controlled Assassin 28 cabinet smoker!!!)  The temperature was consistent the entire time, and after smoking chicken breast, cabbage and some meatballs, I was delighted with the sublime essence of smoke flavor imparted on the food.  No harsh taste, low ash production and a long, stable burn make this charcoal a winner n my book.

Caveat-while fantastic, it is really not available for local purchase (I ordered through their website, and had it the next day, with free shipping (!!), and it is expensive: ~$3 a pound, which is 3x as expensive as Weber Natural briquettes, which until now, had been the gold standard of briquettes for me).  I can’t say I’ll use this all the time, but for a long-term smoke for a special occasion, it is definitely worth the investment.

Posted by Eric Weinstein at 9:59 AM No comments: 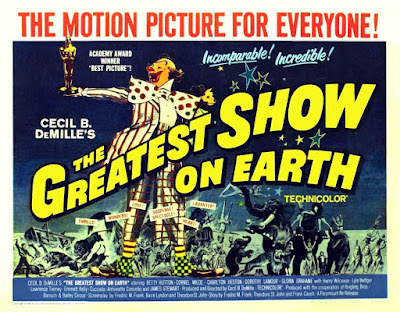