You’re going to hate the way you look, I guarantee it! Part Two!

The next day, I called Men’s Wearhouse to speak with Mike, but he wasn’t there. After waiting almost five minutes for the manager on duty to pick up the phone, I called corporate to leave a message for George Zimmer and his toupee. I got through to a helpful customer service rep, she got through to the store, and told me that they’re expecting me back, and that I can have the choice of returning the suits, having them adjust these suits again, or having them start over from scratch with new suits; despite my initial hesitance to keep these suits, I decided to give them a chance. To the customer service rep’s credit, she offered me a $50.00 gift card for the inconvenience, though she said “even though it’s not likely you’ll be shopping with us anymore.” At least she understood me.

So I brought the suits back last Friday (1/22/10). When I arrived, the woman working the floor immediately greeted me by name; apparently, there were well aware that I was coming. She asked me to explain hat happened, but I asked that she bring Mike out to hear it as well, so I would not have to repeat myself. As soon as Mike came out, I was pretty sure this wasn’t going to go as well as Karyn (from headquarters) thought it would. 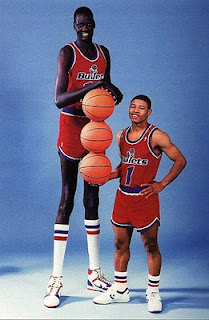 Apparently, Mike had heard all he needed to hear from corporate, because he came over to me and asked me to put the suits on. I told him I wanted to explain why I was so upset, and he said that he just wanted to see how the suits fit (or didn’t, as the case may be). If there’s any one customer service blunder that really roasts my cookies, it’s an unwillingness to even listen to someone’s complaint. Nevertheless, I would not put the suits on until I shared with him my disgust about the my experience with HIS store. After expressing myself, and after having him try to quiet me down because there were other customers in the store whose alterations they had yet to screw up, I put the suits on. It was immediately apparent they didn’t fit right. Mike asked me “Len told you this suit looked good?” I told him that Len had, in fact, told me it looked great, even though I told him that the jacket was too small and uncomfortable, and the pants were cut for Manute Bol and I’m built more like Spud Webb.

Mike brought out the tailor, and we spent quite a bit of time reviewing exactly what was wrong and what I wanted. The tailor could not explain why the pants were too long, why he didn’t agree that they needed to be shortened a week earlier when I needed the other pants taken up, why the sleeves were different lengths, and why the jacket was cut to fit Tony Atlas, but you know me, I just want to focus on the positive and get this done. I also tried on the second suit, and once again, it was immediately apparent that my sleeves were substantially different length, but oddly, this jacket wasn’t as sculpted as the other.

Mike told me they would have it ready within a couple of hours, but I just couldn’t be bothered to waste more time there that same day. I told them to take their time (and maybe do it right) and I would come back the following week sometime. Fast forward to a week later…this past Friday, January 29, 2010.

I arrive around 1:30pm, and the place is deserted, other than the few employees. I walk in and Mike sees me and grabs the suits. He has me put them on, we review what was done and how it fits, and 20 minutes later, he says “well, things seem to be all set; hopefully you’re satisfied.” I said “I’ll be satisfied when you reimburse me for the alterations, like I said last week.” He says “Oh yeah, let’s go up front to the register”.

So we get to the register, and he calls my transaction up on the computer. He begins making notes on a piece of paper, adding some things up, then turns to me and says “let me ask you this-would you agree that we did some alteration, like the back or neck of the jackets, that didn’t have any problems?” So now I can smell this a mile away, and it stinks. I say immediately “Do I agree that there were some alterations that didn’t need adjusting, yes. Do I agree that I should pay for any alterations? Absolutely not, like I said last week.” So he says “no, I think just reimbursing you for the things we had to fix again is enough.” I ask “what about all the wasted time, aggravation, and embarrassment?” He says “no, it’s $100.00, and that’s good enough.” Of course, my response was “not for me. As requested by corporate, I’ll be following up with them. If you don’t to give me the additional costs, that’s fine, but I’ll report it to corporate and they’ll pay it and take it up with you.” His response-“that’s fine. Here you go…” and he hands me the refund slip for the $100.00. I take my suits and walk out without saying another word, and he walked away without saying anything either. Really nice.

When I got back to the office, I called corporate to express my dissatisfaction with the resolution. Karyn was apologetic, and of course, is sending me check for the balance. While I think corporate handled this matter appropriately, that cooperative spirit has not trickled down to the retail stores.

As I expressed to Karyn, it has nothing to do with the balance, and everything to do with feeling that your business is valued, and if there is a problem, the company will do what they can to keep you as a customer. It became apparent to me, from the day I brought the suits back, that I was an annoyance to the store and manager, who didn’t even want to bother to listen to me. I was an angry customer who had been sold a bill of goods, but had now “come off the ledge” because corporate offered to make it right for me. When the suits fit on Friday, I felt a little better and perhaps had confidence that MW would follow-through and make things right. That feeling was immediately thwarted when Mike decided that savings face with his tailor by not reimbursing me the extra few dollars was more important than making a customer feel that his three visits to the store and all the time dealing with this problem wasn’t a waste of time. Maybe he even had a chance for me to come back and use the credits given to me by corporate and maybe he could have told his staff and corporate of his success in turning a bad situation into something positive-he could have used me as a training tool to his advantage with his staff. Did this happen? No, instead he chose to draw a line in the sand, knowing full well that I would cross it by calling corporate and forcing the issue with them. He must have realized that this would be reported downstream from them to him, and perhaps he just doesn’t care. That’s sad.

I have copied Karyn at MW headquarters pretty much on the content of this blog, which she requested I do. She told me that she will forward this to a variety of parties, including the Regional Manager, whom she will encourage to share with Mike and talk about proper raining and customer service. 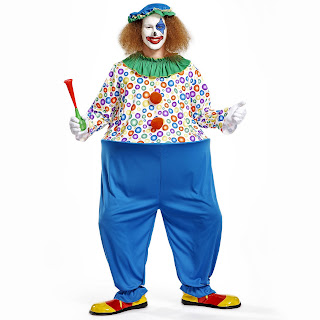 In conclusion, I suggest you stay away from MW, especially the one in Framingham near Jordan’s Furniture. Milton’s has been the favored local player for years, and rightfully so. The corporate mentality, and store manager’s affect is good reason to never darken the doorstep of MW again. If you shop there, they’ll treat you poorly, I guaranty it!
Posted by Eric Weinstein at 9:25 PM

E, you have a gift with language!

My husband rarely wears suits. His profession is a Firefighter. However and suit we have ever bought him we have always gone to Miltons and we have never had a problem. I'm glad you posted this because now we know to never go to Mens Wearhouse even though it is close by. He's uncomfortable enought when he is in a suit because he doesn't wear one every day. He doesn't need to be even more uncomfortable with a suit that is altered badly!