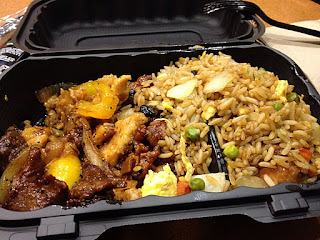 Remember, breakfast is the most important meal of the day.
Posted by Eric Weinstein at 10:52 PM

Laughing in Second Cup aroud the corner from Noam's only strange character here is me. Your Aunt is reading an actual book, holding off the difgital dominators